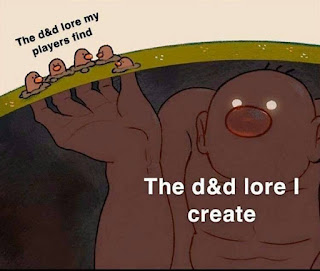 The party was pretty happy to be back at the table. The thought was that we'd be tossing 20's and punching stuff in the face, as one player said, "I just expected less dead kids for our first adventure back." I reminded them that we had a few one shots with D20's flying and some raw combat tossed about already. This was the return to the campaign and giving them their first step back into the world as well as whatever world building was needed to get them started.

The group sat around the eatery talking about possible plans on how to check out the Sunrise Rabbits Orphanage. Many were tossed around but they ended up with one of our member acting like they wanted a tour of the place and possibly to make a donation; while Shimlagesh, invisible, would wander the place and hope to find the child, Shala. Darius was the best choice and he already had some wardrobe in place to do so. We were hoping to have a few others go with him, Thalin acting as his manservant and Eoghan going as his guard. Tidra and Vulwulf would make sure to be elsewhere and would instead hope to see what was opposite the wall from the Orphanage, as Sybil had mentioned that she and some of the kids had gotten through the wall at one point. 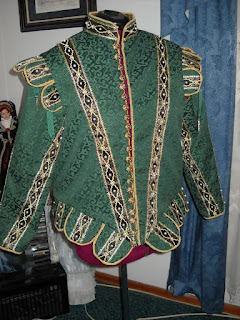 We had some shopping to do and we were in the right section of town to do so. First we went and visited Strandings Clothiers where we met with Goodwife Standing and arranged to get a shirt for Thalin, a sash (of the same green color) for Eoghan, and a pair of high slippers (also same color) for Shim. Prices were bandied about but it was a rush job that we wanted on the morrow, so the spend of 9 gold, 1 silver, 3 silver, and 2 silver were all accounted for. At the hatters Darius arranged to purchase a 2 crown hat; stylish and yet still commanding. Vulfulf did not get the stovepipe hat that he was assured would be perfect for him.

A detour followed to the Storm Raven’s Fighter’s guild where Darius spoke at length with High Clerk Advild about the steps needed for him to become a knight. He would have to start as an armiger and then work his way up slowly over time. But the process starts with a letter of intent and some noble patrons to add their voice concerning his character. 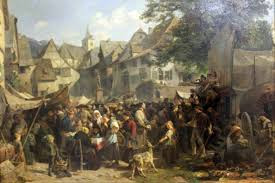 We returned to the house and talked about what we had been doing, getting some more info from Sybil (who was having a hard time finding her voice at first! Acidic little Halfling!) and her interactions. The Taskmaster’s name was Hisvild and she reported that he was a cruel and ghoulish sort of figure – but not actually a ghoul.

Vulwulf had checked out the area on the opposite side of the Orphanages, learning that it was the Open Market, also known as the Bazaar. He walked it carefully, looking around, checking back by the walls. At some point to avoid interest,  he stopped at the sand merchant and felt the need to buy 2 and a half lbs of coarse virgin sand. He then wandered around and purchased a number of poor and rotting food stuffs from merchants that were shutting down, pissing off another half orc named Gjulleif who was hoping to get enough to eat. Vulwulf felt bad and suggest the half-orc come to his home that night, about 8 PM.

It was sure enough later when Gjulleif showed and we listened to his tale of woe on the street, Vulwulf had purified the poor food and gave him some. We also outfitted him with some clothes and made sure that he got his original foodstuffs back. He thanked us long for the efforts made and when he left, the druid felt pretty good that he had made a good contact for the group with his efforts. 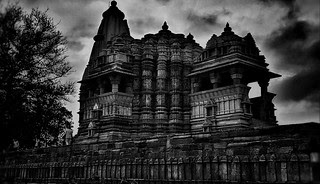 We rested and on the morrow, cold and cloudy, arranged to gather up our purchases. Then Thalin went first to the Sunrise Rabbit’s and arranged a tour at 1 PM with a possible donation to follow. Then to throw off any doubt, went next door and did the same, the Practical that came out was an attractive younger woman named Jori, and she accepted a visit for a few hours later.

Just before we were going to the place, a few spells had been cast (Endure elements on Darius and Shim, then Pass without a Trace, and Snowshoes. Followed by Invisibility on our gnome) and the group set off, leaving Grin with Vulwulf and Tidra, the two half orcs were going to the Bazaar, the area on the opposite side of the wall from the Orphanage.

We were met by a dwarven tough who identified himself as a “Practical” and said his name was Stavern Shephard. He allowed us to enter (Shim invisible and following close). There was more symbology of the Rabbits and an older saying was still visible over the entrance, “There is Always Another Dawn.” 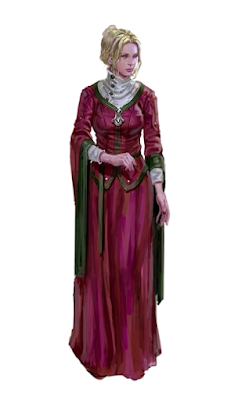 We came to the Waiting room after hanging our cloaks up where we met a prim woman named Findy Ilcinder. She was here to see the Taskmaster Hisvild about some issues. She spoke well of the Orphanage, and some of the others nearby. Turns out she was a representative from a Lord Hoggar from Grymeria and she makes a trip out here every few months to see if the orphanages have any children that have passed on.

Eoghan had his fists balled up so tight, his palms were on the verge of bleeding.

Some small talk followed but Darius did most of the chatting and she was met with Taskmaster Hisvild, who had the look that Sybil had mentioned. They walked off to the north to go to the Hospital wing, and Shim followed along, eyes peeled and moving quietly. The rest of us were disturbed by it all but eventually we met the Headmaster; a half elf named Ghalen Artek. And he was nothing like the Taskmaster. Genial, kind, welcoming, he took Darius and the other two on a tour of the Orphanage, talking about the Sunrise Rabbits and the other Orphanages in the area a bit.

Former temples, the Randari Ympyr was more accepting of other religions and races. This temple was originally to Lathandar, also known as the Morning Lord. God of the dawn, new life, and a warm spot for the young, his symbol was the rabbit and was a fairly well respected god. We were in the Chapel, repurposed to Frigga, original stained glass long gone, but what was left was in good repair if not old.

After the burning of Erylond, many of the temples had laid fallow, but there had been stipends set up by the original patriarchs and curates. So there was still some funds stocked away to keep the place in fuel and taxes paid, but it was rough out there and the orphanages relied on support from Patrons in Erylond and further afield as well. Anything that could be given would be appreciated. There was accommodations for about 100 or so kids, but the Sunrise Rabbits had rarely ever had more that 80 odd at a given time. Currently it was about half full with mid 40’s.

Some kids are dropped off at the doors, others found by guards, some are the results of families that had died. All are loved, brought in, fed, clothed, and taught the basics to get them by in life. There were programs with various guilds that would take the kids when they came of age, getting them into programs and teaching them a skill they could apprentice to. And yes, sometimes families would come and look for children to replace those that had died in their own homes. 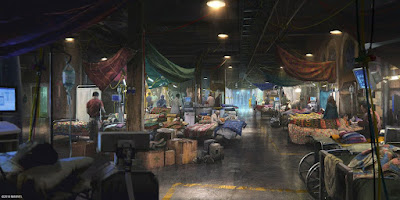 The kids we saw were healthy and happy(ish), working in the classroom. We did note that at least half were half-orc…and there were no dwarvish children. Who didn’t fit the racial makeup of Erylond, but for now we didn’t comment on it. He took us around the place, eventually seeing the Dorms upstairs and the nursery, before coming back around and down to an office to wrap up our talk.

Meanwhile Shimlagesh had followed Hisvild and Findy to the Hospital wing where 7 kids were currently – 5 with benign injuries, and 2 with something else. One had fallen down some stairs a few times, spiral fracture, and then the leg had gone gangrenous and had to be removed at the shin. The other was pox ridden and barely breathing. The gnome watched (invisibly) and with growing disdain as it was discussed saving time and money to finish off the worst of the two. Findy took out a travel case and used a blue potion, a few drops, to cure the diseased limb of its gangrene, and sped along the healing of the stump. That child would live. The other though, for the payment of 150 nobles, she used a different potion on the child’s lips…and it took a last breath and died.

He then followed them as another Practical (also a dwarf) arranged to have the body brought to the cellar with the others. They went to it, and Shim followed along. Eventually coming to a set of stairs going down. Two doors at the bottom, and it was Taskmaster’s Hisvild’s keyring that had the correct key to open at least one of the two doors (the Practicals had their own keys, but they were larger and most likely for bigger locks like on the front doors, gates, and the like).

It was a storeroom, but there were 5 bodies down here in the cool. Findy checked them all out and agreed on the price of 175 nobles for each one. That was 875 nobles for 5 dead orphans, but another 150 for the one they just finished off. Making it over 1,000 nobles for this macabre situation! The other door was closed and locked and Shim followed them up and out. It was also obvious that Findy and Hisvild had some sort of date planned for later.

Findy was heading off to the Blue Flowers and hoped to see Darius there. She bid the Headmaster farewell and left. The group made more small talk and eventually did the same. But at the last moment, Shim decided to stay behind and not go with the others, following the Practical back inside and waiting for the dwarf to leave before he was going to figure out where to go and where to find Shala.

As for the rest of us, as we were heading to the Blue Flowers, we all felt that the Headmaster might not be in the entire loop of everything the Taskmaster and maybe the Practicals were doing. Also, the deal with Grymeria was less than 2 years old at this time. We had some answers, and more questions, and we hoped that Shim would have some luck on solving them for us. 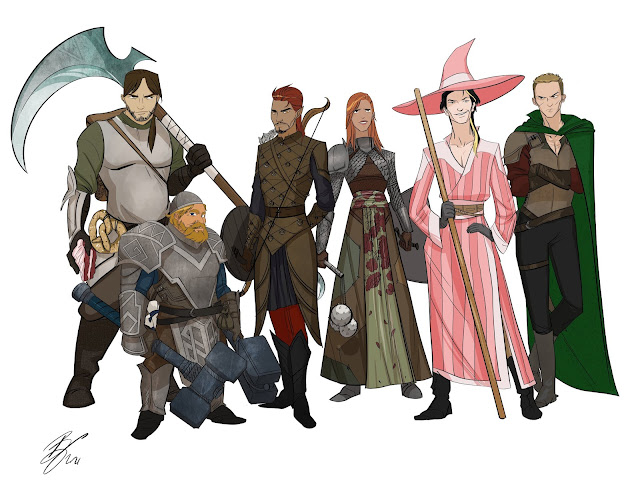